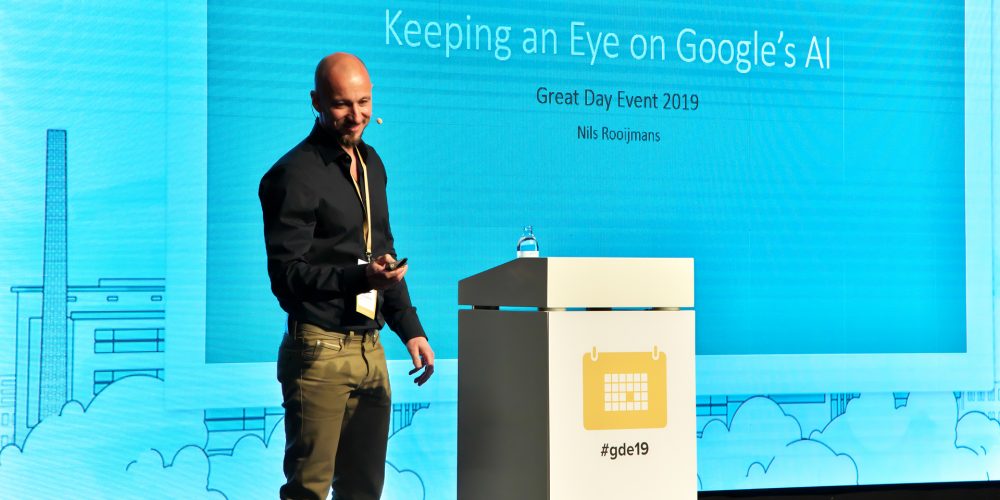 “Keeping an Eye on Google’s AI Using Scripts” with Nils…

Self-proclaimed search marketing geek Nils Rooijmans has 15+ years experience in the field and has helped over 100 companies increase their revenue and profits. His holistic approach to search, combined with his entrepreneurial know-how, his background in AI and his experience in building search engines and PPC platforms, is what distinguishes him from the rest. In his talk at the Great Day for PPC Automation he focused on automation through Google Ads scripts, describing his methodology for monitoring and analyzing the impact Google’s recent AI push has had on advertisers.

From mobile first to AI first

Since switching from mobile first to AI first in 2017, Google has been incorporating more and more AI-based methods into their applications. While this can be a good thing and allow advertisers to focus on other areas of their work rather than meticulously optimizing Google Ads accounts manually, it can also mean a loss of control. Nils recommends advertisers keep a close eye on new automation rules or methods that Google implements – sometimes only avoidable by actively opting out. Here, Nils highlights the possible friction between Google’s goals and your – the advertiser’s – goals. He then went through a number of ad types / account settings where Google relies on machine learning mechanisms and shares his learnings for each of them with the audience.

In June 2017, Google removed the bid cap on Enhanced CPC (ECPC), but promised to keep average CPC below max. CPC over time. Nils decided to take a closer look at that statement. While from a superficial look at campaigns this seemed to hold true, he found that on a more granular level, looking at certain search terms, the average CPC was at times as much as four times higher than the set max. CPC. He decided to write a monitoring script that would find out how many times this happens in your account.

He also advises to uncheck Google’s default settings when creating a new campaign:

In 2018, Google expanded its close variant match to now also include search intent. While there are examples of this working in principle (e.g. in a search for a specific company that had recently been renamed the new brand keyword matched the old brand keyword) Nils himself noticed that many times with close variants, keywords had a high CTR but a bad CR. He built a script that will check all exact match keywords for close variants and will report the percentage of impressions per keyword that are matched by close variants, as well as the number of close variant search terms. It will compare cost per conversion and alert the advertiser if the difference goes beyond a certain threshold.

When running DSAs, one month in Nils noticed a sudden increase in impressions and clicks despite not  having made any changes to the campaign – no bid changes, no targeting changes. He wrote a script that monitors daily impressions and clicks of DSA campaigns, logs them in a Google Sheet and alerts the user in case a significant decrease or increase occurs.

In 2017, Google implemented a change that meant that on days with lots of high quality traffic, advertisers’ costs could be up to twice as much as their daily budget to help them reach their goals (Google later changed this phrase to just say “high traffic”, deleting the quality part from it.)

Again, Nils found that this was not ideal for every advertiser and decided to monitor the effects using a script that compared yesterday’s actual spend with the budget set. He observed that most overdeliveries happen at the start and at the end of the month.

With ad suggestions, Google will create ads for you and, unless rejected within 14 days by you, the advertiser, adds them to your account. When analyzing their performance, Nils cites Brad Geddes who discovered in a trend analysis that overall CTR and CR are typically lower for that ad type, while CPA tends to be higher than for the advertiser’s own ads.

By default, these are enabled automatically. However, this setting can be turned off – Google will then no longer automatically add their own suggestions to your campaigns.

Responsive search ads are an ad type that appears like regular ETAs but actually rely on a machine learning algorithm to figure out the best possible ad copy combination, choosing out of a variety of headlines and description lines. Again Nils cites Brad Geddes, who found that “if you are focused on getting converting traffic from your keywords, then ETAs generally win.”

With Smart Display campaigns, the advertiser enters a few basic settings, supplies ad components, and Google will then take care of the rest automatically – building the ad, targeting, and bidding. Nils recommends monitoring placements – he also wrote a script that will exclude bad placements at the account level.

How to keep an eye on Google’s AI

To sum up, Nils said that of course none of this means that we should not rely on Google’s AI at all. But his general advise is to

Google Ads Automation  •  3 Min read
If you pick a software solution for automating your text ads (such as AdEngine), you may want to roll out high quality content as fast…

Christian Kolb October 21, 2019
Analytics | Google Ads Automation  •  3 Min read
If you are a merchant searching for an automated text ad solution, then you should definitely have our AdEngine on your shortlist. However, every tool…

Christian Kolb September 9, 2019
Google Ads Automation  •  3 Min read
As Head of Marketing at one of Europe’s leading online opticians, Thorsten Ahlers is an expert when it comes to omnichannel strategies and optimizing…

Karin Schallauer June 6, 2019
Ecommerce | Google Ads  •  3 Min read
David Merrifield, Global Head of Digital Acquisition at RS Components, traveled all the way to Austria from the UK to talk about the importance…