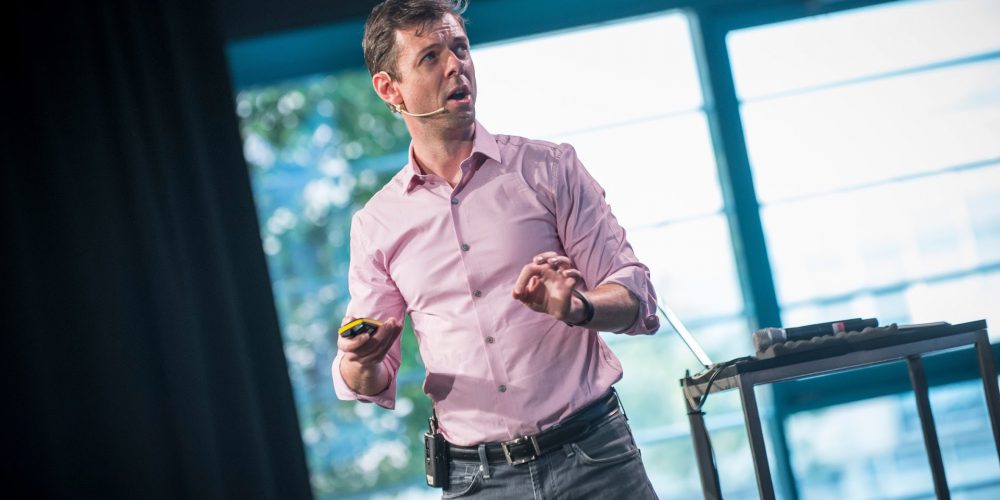 One of Google’s first 100 employees, Frederick Vallaeys helped build the AdWords Editor and is now CEO of Optymzr, a PPC scripts and automation provider. At the Great Day for PPC Automation on October 18th, he offered a well-reasoned, well-researched, and genuinely compelling view into how and why to automate your PPC efforts, and what it means for the future of the business. His bottom line regarding humans and machines: “We are better together”.

A concise history of AI’s progress and potential

Raw computing power accelerates almost too rapidly to comprehend. Frederick illustrates this trend dramatically by explaining that if you applied Moore’s Law to the speed at which cars travel, then today our Uber or Lyft ride would zip along at a facemelting 1.3 billion miles per hour. That said, computer power does not equal computer intelligence. But here’s what Frederick says is so significant: machine learning is also accelerating.

Machines are no longer limited to if/then conditionals, or even a powerful symbolic system (like a language) — they now feature sub-symbolic systems and neural networks that are ever more complex, mimicking the way that humans think. This blend of raw computing power and increasingly sophisticated and independent pattern recognition is leading the AI boom.

AI is something that was kind of ok but you couldn’t really rely on it a few years ago — all of a sudden you can.

#AI has been existing since 1950s @siliconvallaeys tells us today at the #gde17 pic.twitter.com/FnzdOpQFH1

The case against PPC automation

But, Frederick emphasizes, it’s critical to remember that this machine learning boom is ultimately a statistical approach limited by combinatorial explosion. In other words, it’s math. Regarding PPC autmation, an AI entity attempting to bid on a single keyword for each device, location, and time for audiences of different ages and genders will quickly end up with tens of thousands of permutations. This is a calculation volume that overwhelms not only humans, but machines too.

The current technology simply lacks the robustness, resilience, and agility of human comprehension needed to qualify as General Artificial Intelligence, or “full” AI. Machines are still learning and evolving, and it requires our uniquely human input to get better at what it does. In fact, it requires a lot of this input — often millions or even millions of millions of examples.

So how does a predictive bidding algorithm like Whoop! work? Frederick is spot on:

A workable algorithm doesn’t appear by magic. It’s somebody actually writing that algorithm and considering what algorithm to use. There are many statistical methods you can use to solve a problem and the trick is figuring out which one is going to give you the highest relevancy and results.

Frederick’s best practice is to begin automating tasks that are frequent and time-consuming. This is the low-hanging fruit: automating bids, for example, frees up time and talent for strategic work while working well within the constraints of AI that currently lacks human judgement. 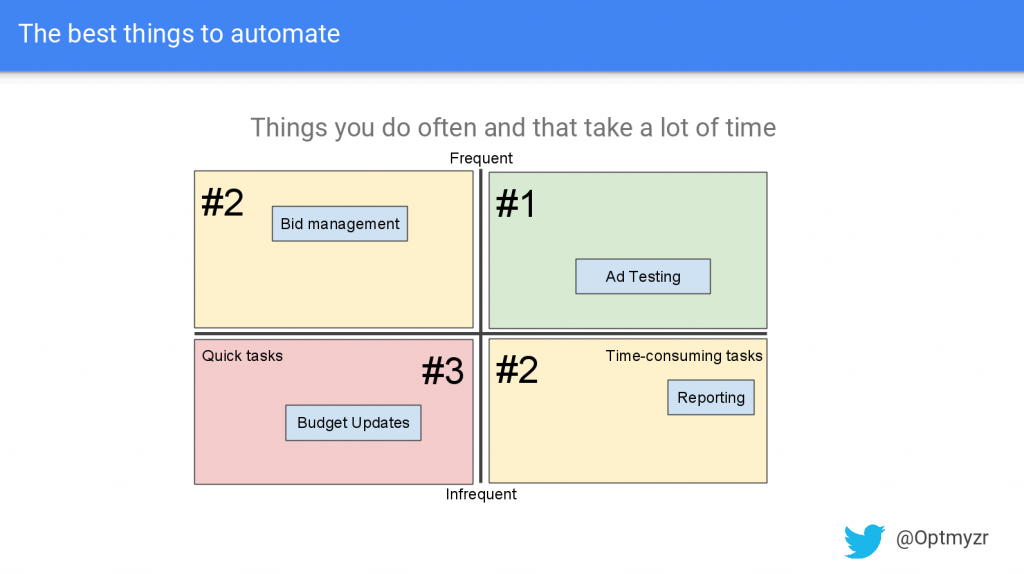 The future of work

When it comes to his future expectations of work in the PPC field, Frederick suggests that there are many roles in which humans will be indispensable for the foreseeable future — and they’re exciting roles. He claims that we will always be needed by machines as teachers, creative muses, and expert coordinators. As it stands, marketing is a field of creatives and strategists, and most of us don’t particularly enjoy completing 6 hours of reporting in Excel just to nail down bids. Computers are better at these tasks, predictions especially.  So now is the time to begin handing over such tedious, iterative processes to PPC automation — but not the strategic responsibility. That’s human territory.

Long-term, Frederick says we must not limit our future expectations based on current roadblocks such as combinatorial explosion; but just like self-driving cars or any other AI-based technology, the changes will come in phases. Specifically, he lays out Five Levels of PPC Automation:

Curious about the Five Levels of PPC Automation? Want to know why Google won’t precisely define how their Quality Score works? Check out Frederick’s full talk to learn his perspective. 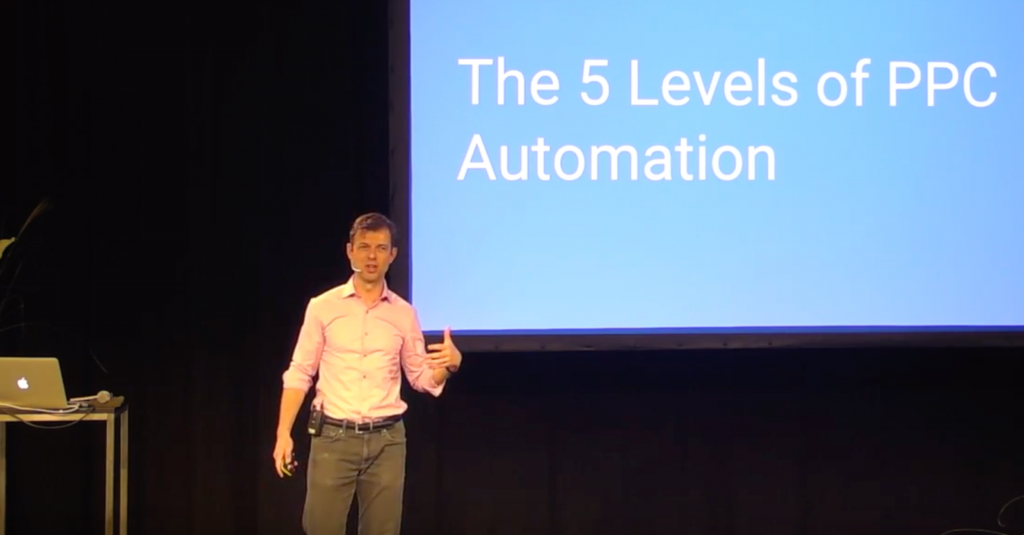 Analytics | Google Shopping  •  4 Min read
Analyzing Google Shopping data and making the right decisions based on this is a typical PPC Manager’s challenge. Everyone wants to improve their Key Performance…

Katherine Munro June 30, 2020
Analytics | Google Shopping  •  3 Min read
Just like our continuous support for ABS, we are fully committed to deliver additional value to our data visualisations for Whoop!. The first step was…

Florian Chval June 23, 2020
Machine Learning  •  5 Min read
Automated bidding tools have become a staple of PPC management. But the current health crisis has created problems for the predictive algorithms that underpin this…

Mark Haupt May 19, 2020
Google Shopping  •  7 Min read
If you are planning to promote and market your products on Google, you must make the most of pay-per-click (PPC) advertising. But managing PPC campaigns…