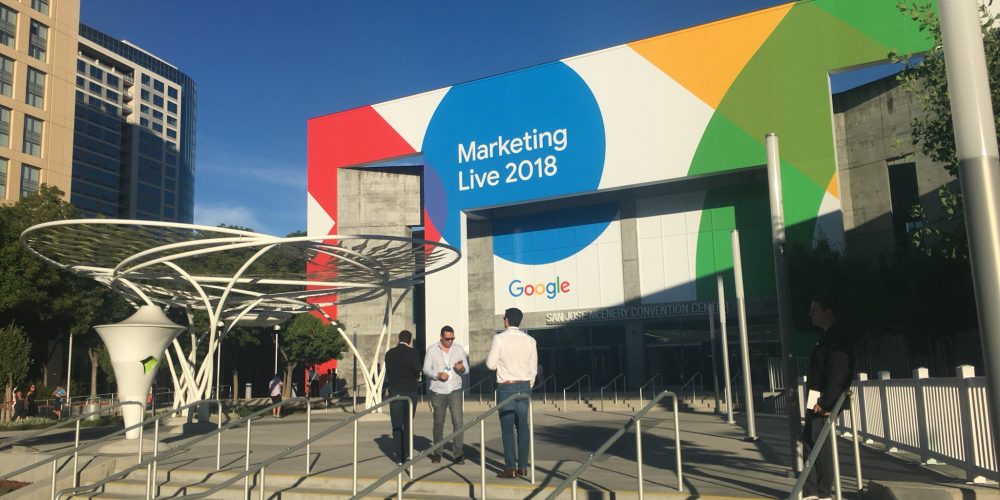 At Marketing Live in San Jose, Google presented their rebranding plans and some other changes that are strongly based on machine learning. We were there to collect the latest information and talk about future strategies with Google directly.

Responsive Search Ads are coming out of beta mode and will be available for English accounts in the next 3 months. They are a completely new, more flexible ad type designed to facilitate ad testing. RSA contain 90% more text than current text ads. Advertisers can create up to 15 headlines and 4 description lines. The description lines feature a 90 character limit compared to “normal” text ads with an 80 character limit. For the actual ad, Google then uses machine learning to select 3 headlines and 2 description lines.

Another new feature are so-called Local Campaigns. Created mainly for companies with multiple locations to generate store visits, the only thing you have to do is set a budget. The rest is automatically done by Google. They will serve all relevant channels, such as Search, Google Maps, YouTube, Display, and Place Pages. Local Campaigns will become available globally within the next few months (Google did not announce an exact date).

To help merchants get started, Google introduced a feature called ‘Automated Feed for Shopping’ that scans websites to automatically generate a feed. Obviously, the feed will only ever be as good as the website itself. That’s why Google came up with a guideline describing how a website is supposed to look in order to be able to create an optimal feed. Culture Kings, a company with about 35k products, tested Automated Feeds for Shopping and according to Google was able to generate an ideal feed.

Google’s rebranding of DoubleClick and Analytics 360 (soon: Google Marketing Platform) as well as of AdWords (soon: Google Ads) will be effective starting July 24. The rebranding efforts will go hand in hand with the global release of new features:

Blog  •  4 Min read
Life isn’t easy – especially if you are a SEA marketer maintaining Search accounts on a daily basis. Of course, Google Shopping gets all the hype, all…

Michael Ryan November 20, 2019
Google Shopping  •  4 Min read
Limited budgets are always a constraint for sustainable growth in a Google Ads campaign, since it limits the number of auctions you can participate in…