At the day before yesterday’s Google Performance Summit a number of improvements for AdWords and Analytics customers were introduced, e.g., a new text ad format with longer headlines and descriptions, ads in Google Maps, responsive display ads and updates for the new Google AdWords interface. We have summarized the most important updates here for our readers.

The essential change in bid setting is the further untethering of tablet and desktop which was merged with the introduction of Enhanced Campaigns in 2013. The advertiser thus places a bid for the medium that is most relevant for him/her and can set modifiers from -100% to +900% for one device or several others. In this way, one can also place the focus, e.g., on mobile and modify the set bid for desktop.

Location-related searches meanwhile amount to a third of all mobile searches. It appears as a logical consequence for Google to also monetize Google Maps, which has been ad-free up to now. Ads are directly displayed in Maps (not only on the desktop, but also in the app), as well and above all in Google Search, too. This means that the popular site results will now also be converted in an ad format. This will especially be combined with the local inventory ads of Google Shopping—where it will soon be possible to also search directly in the local inventory of the store.

On Google Maps there will be a possibility to display brand logos and offers directly on the map. In Maps itself the promoted pins have been added as a new advertising format that can be displayed to users on or near their route. 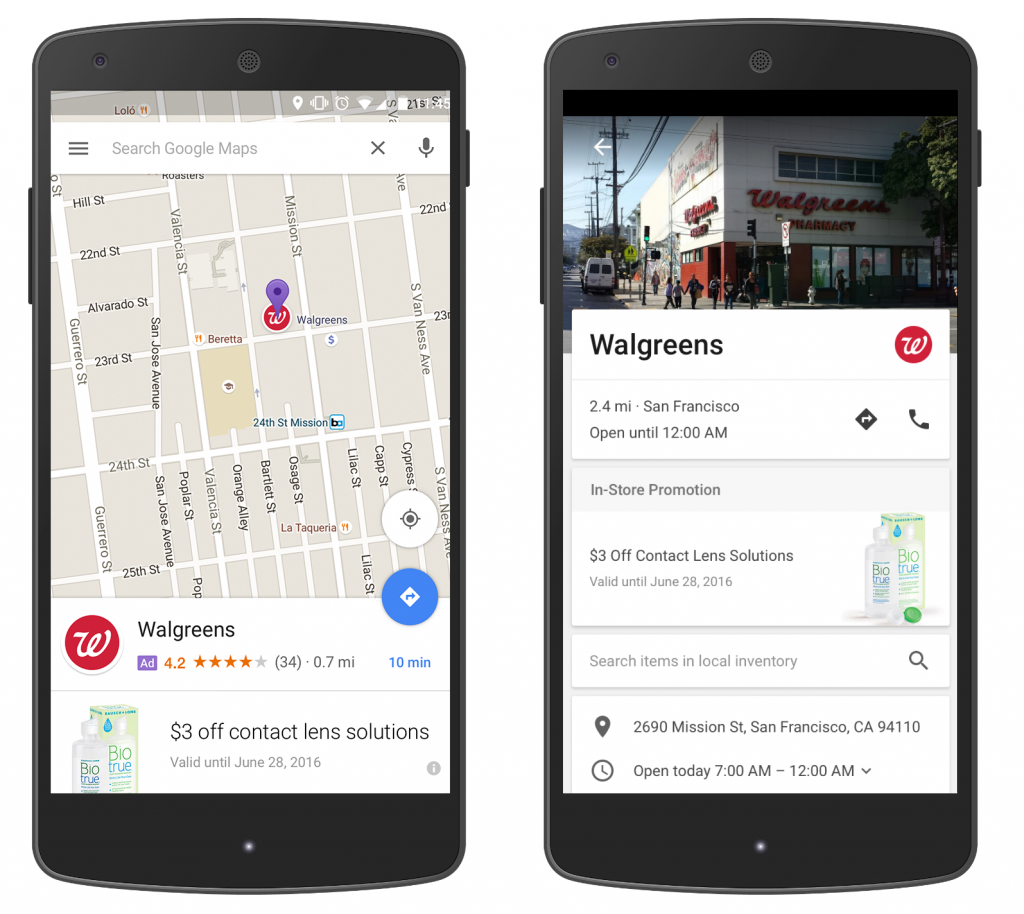 Rumors about new ad formats have been going around for a long time already, but now it is official: the age of 25-35-35 is over; placing a punctuation mark at the end of the description line in order to extend the headline is a thing of the past. Two headlines, each 30 characters long, and a long description of 80 characters will be available in the future. The expanded text ads will be played out on all end devices. The exact date of the conversion, however, is not yet known. We will give you an update when more information is available.

The expanded text ads will be played out on all end devices. The exact date of the conversion, however, is not yet known. We will give you an update when more information is available. 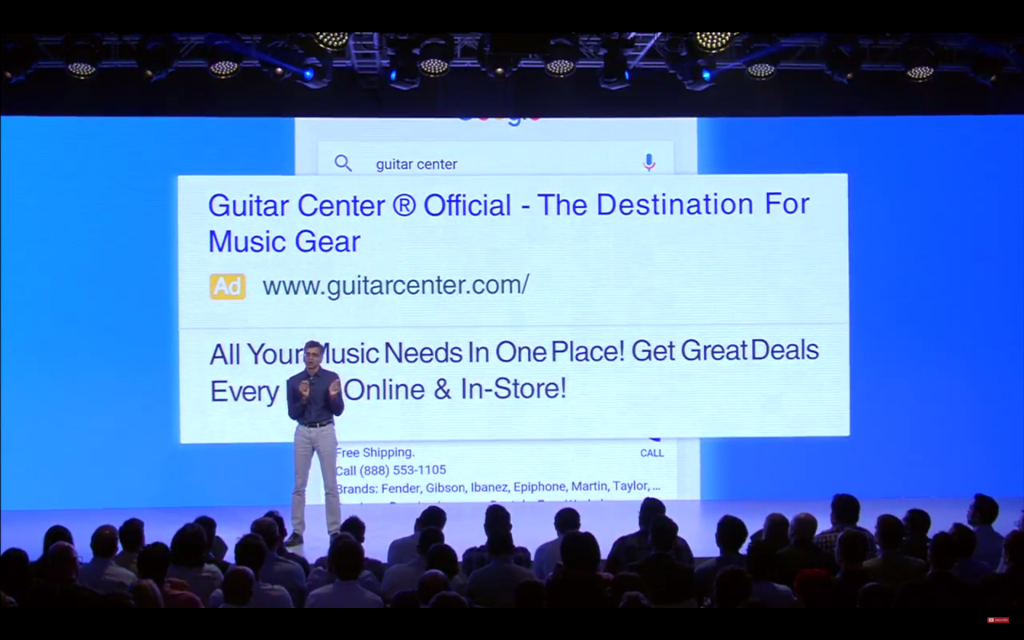 The new responsive display ads are to adapt in size and design to the respective website/end device. You only have to provide the headline, text, graphic and URL—Google takes care of the rest. 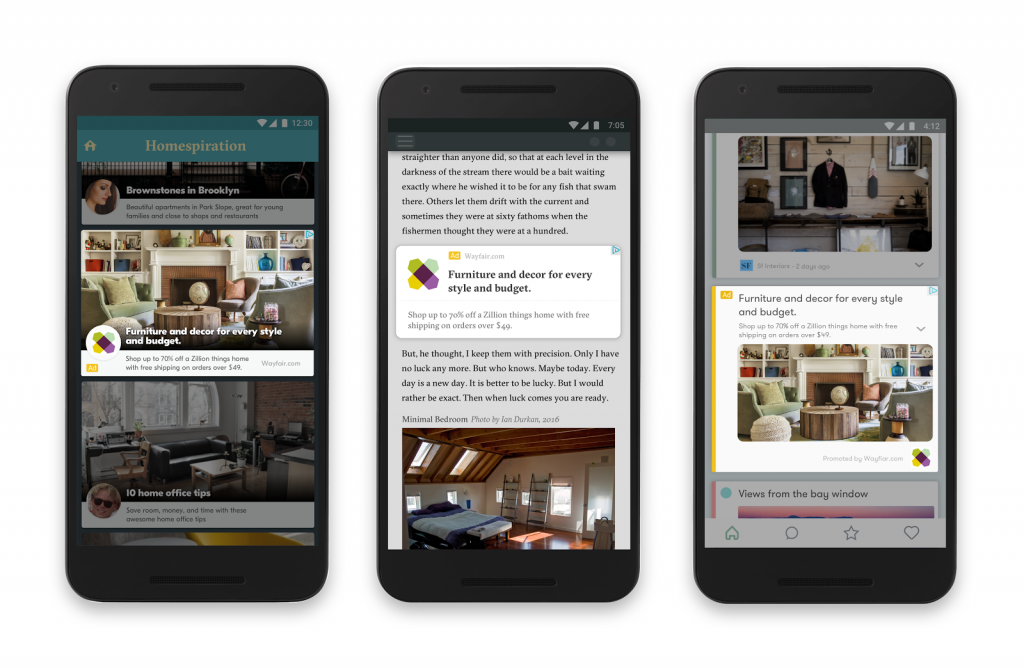 Yesterday Google confirmed several insights into the current redesign status of the AdWords interface (several weeks ago it was already confirmed that Google is working on a new interface). One of the highlights is the insights, which are graphically better and more beautifully reprocessed. The functionality will not be impaired by the change in the look and feel, but should even profit from several simplifications.

The already announced 360 Suite shall now be rolled out in stages. A part of the new suite will be Data Studio 360, which enables the creation of collaborative reports on the basis of different data sources (e.g., Google AdWords, Google Analytics, etc.).

The already announced 360 Suite shall now be rolled out in stages. A part of the new suite will be Data Studio 360, which enables the creation of collaborative reports on the basis of different data sources (e.g., Google AdWords, Google Analytics, etc.). 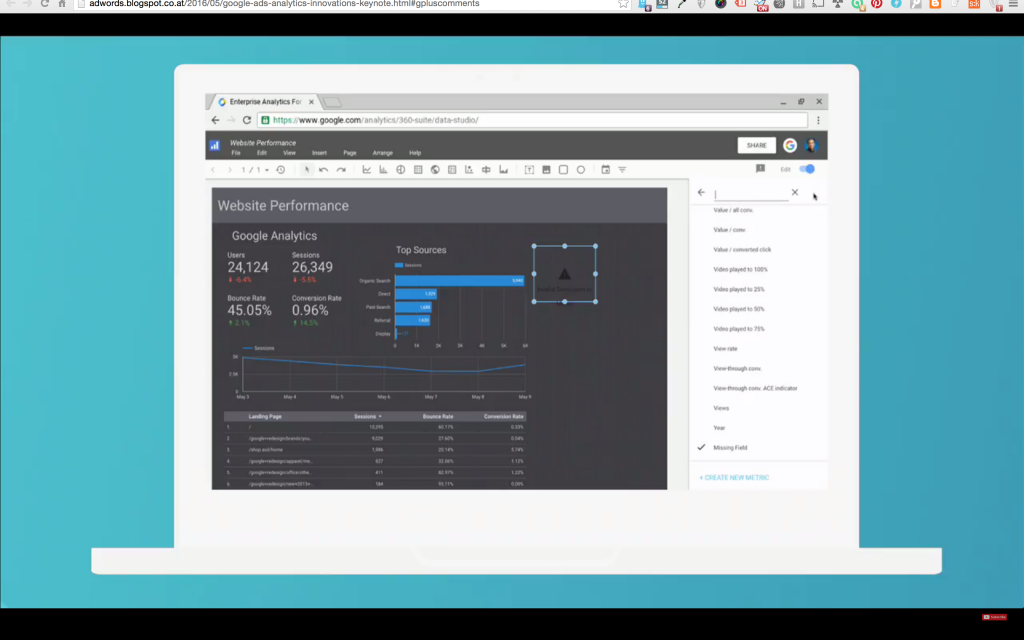 Up to now the performance figure Store Visits was only accessible to a few advertisers. This is supposed to change in the future; the measuring through beacons is to also be improved, resp., refined. The idea behind Similar Audiences for Search is to not only use the own remarketing lists, but to also reach users whose interests are similar to those of the users already recorded on the lists. In addition, the demographic and gender-specific aspects are targetable in the search, a feature which was already longingly desired.

We will be observing some bigger news, like the expanded text ads, more precisely in the future. We’ll keep you up to date on further developments. Stay tuned!

Christopher Rogl November 17, 2021
Ecommerce  •  3 Min read
At smec, we not only specialise in online marketing campaigns. Instead, we take a holistic approach to improving our clients' ecommerce efforts. In this endeavour,…

Ralph Mayr November 10, 2021
Ecommerce  •  11 Min read
Avinash Kaushik, Head of Strategic Analytics at Google, once wrote in his personal blog: “What is ROAS? Return on Ad Spend. It is a navel-gazing…