The whole population of Iceland is 3.85% of London and if the Paris Football Arena Stade de France would be full of Iceland-Fans, 25% of the total population would fit inside. Iceland’s football team won against England on 26th of June 2016 and are the hidden stars of the current EURO 2016. The whole world is thrilled by the underdogs from an island which is covered by hundreds of volcanoes. And even retailers feel the impact.

Maybe you already read about the Italy-based company Errea, which provides the Iceland Football team with jerseys and now is shocked by the tremendous demand. Fans and supporters from all over the world just ordered jerseys of the Vikings. Errea, which is still a family-operated company, is struggling with the production of the jerseys to meet retailers demands. The shirt is currently sold out and not even Amazon UK does it have in stock. 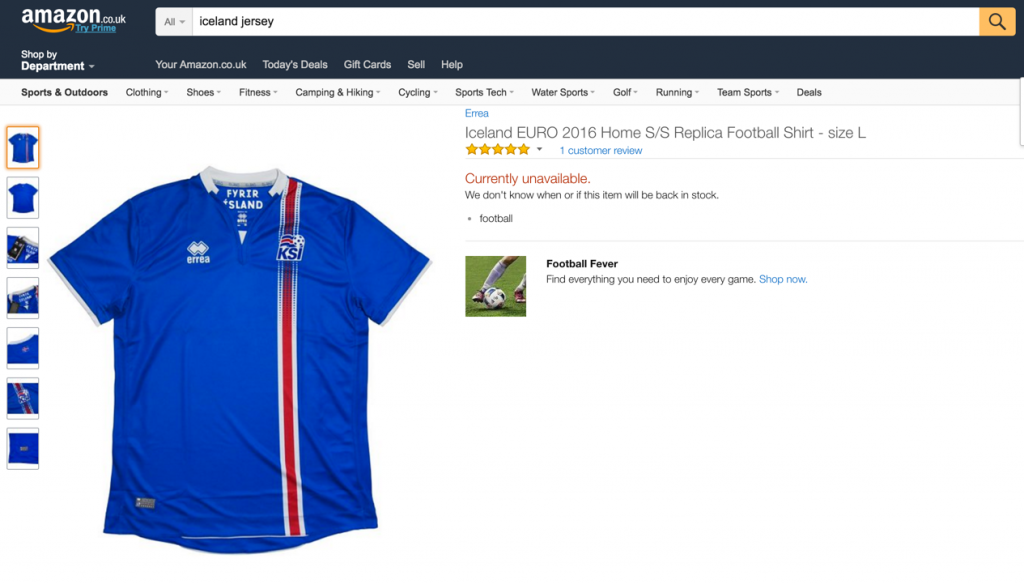 We also did some number-crunching and checked the conversions of retailers who are selling football jerseys. The results are not a big surprise, but nevertheless quite impressive.

Before the match against the English team, the Iceland shirt almost caused zero conversions. And we are talking from a time-range of several months! Again: Nobody was interested into this shirt before the 27th June 2016. 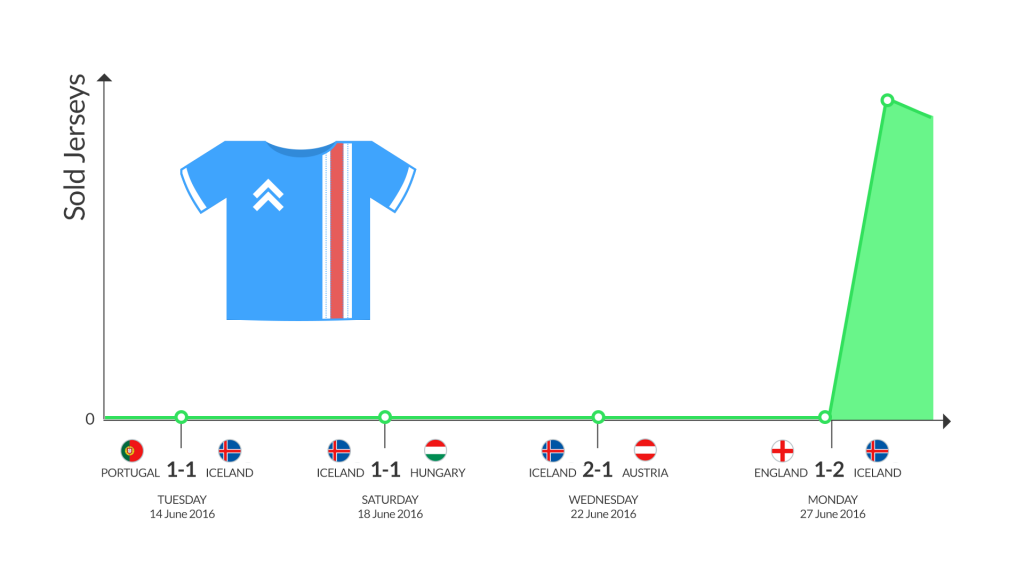 As you can see in the graphic above, there was a huge peak after Iceland kicked out England of the EURO 2016. All other matches before didn’t cause any additional conversions. Now the number of conversions is slowly decreasing but with all the coverage we do not expect a dramatic drop. We’re curious what will happen after the today’s match against France and will update this post if there will be any remarkable changes.

People searching for Iceland jerseys – even in the UK

A quick search term analysis on Google Trends goes into the same direction and the results are almost the same.  We just compared the term “iceland jerseys” with “england jerseys” at Google Trends and even here Iceland won against England 🙂 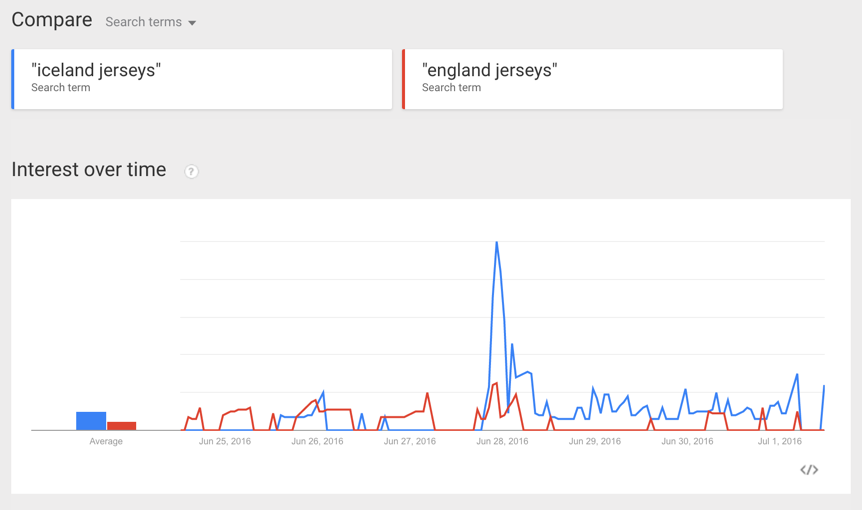 Another fun fact: the most regional interest came from the UK. Maybe the good-old British humor 🙂

How retailers can prepare

The current trend is a perfect example how seasonal events or incidents can influence the business of retailers. Of course you can’t plan things like that. But Retailers and PPC marketers can quickly react if they prepare their campaigns for such events. This means a well-structured account and additional help from features like custom labels can help. Only with a well-managed account retailers and marketers can profit from seasonal events. Additionally, a tool can support you with managing or choosing the best bids on products which are trending.

Overtime at the Google Shopping Euro 2016

Retailers are waiting for shipments

Errea is now working 24/7 to ship as many jerseys as possible. In the meantime, almost the whole company is celebrating this unexpected success. Like many other sports fans, we are curious what will happen on Sunday when Iceland facing France in the Quarterfinal. We’ll definitely have an eye on the conversions and sales. Við skulum fara til Íslands!

Christopher Rogl November 17, 2021
Ecommerce  •  3 Min read
At smec, we not only specialise in online marketing campaigns. Instead, we take a holistic approach to improving our clients' ecommerce efforts. In this endeavour,…

Ralph Mayr November 10, 2021
Ecommerce  •  11 Min read
Avinash Kaushik, Head of Strategic Analytics at Google, once wrote in his personal blog: “What is ROAS? Return on Ad Spend. It is a navel-gazing…